2015 was an incredible year for Instagram. It reached quite an impressive milestone. But I don’t expect any less of Instagram in 2016.

Instagram announced not too long ago that it had reached 400 million users. This milestone is quite significant. This means that Instagram beat Twitter. And it only took Instagram 5 years to surpass Twitter, which has been around for almost 10 years. That’s quite incredible.

Instagram also launched Boomerang in 2015. Which is an app that helps create GIFs.

Instagram allowed for select brands to test out their advertising platform. Results were incredible, with higher brand/ad engagement than any other platform. They then opened Instagram advertising to everyone.

Probably my favorite improvement was when Instagram allowed for more flexible upload dimensions.

Let’s see what Instagram could have in store for 2016.

This has to be one of the most in-demand feature on Instagram. Having to log in and log out every time you want to switch accounts makes people less inclined to use the platform. It’s hard to encourage businesses to take up Instagram if such features aren’t there to facilitate it.

There has already been rumors of Instagram implementing this feature. Some Android users who are participating in Instagram’s beta test program have claimed to be able to already use this feature. So I expect it to be ready for widespread implementation soon.

There are many third party apps that use Instagram’s api to allow users to upload content from their desktop or the web. However, there is no Instagram desktop or web platform that allows you to do that.

If Instagram wants to encourage more businesses and advertisers to take on its social media network then it needs facilitate the process of uploading and managing its accounts.

Business owners, managers and marketers are able to easily streamline their social media management and uploading from the web and desktop. But they have to go out of their way, get on their phone, to do the same just for Instagram. This discourages them from updating their Instagram account often.

I believe Instagram recognizes this issue and will work to solve this.

Being able to see how well an upload is performing is absolutely crucial. Especially to advertisers. Advertisers and page owners have access to their insights on Facebook. Twitter users can see how well their tweets are performing as well. 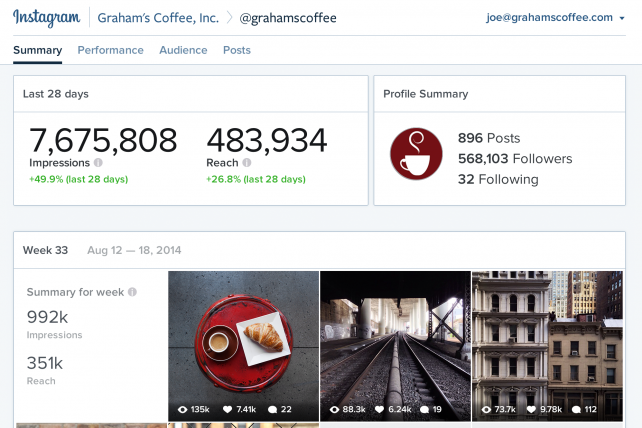 As more and more advertisers use Instagram to spread their message, it’s hard to see the platform not create a standalone dashboard for users (at least brands and businesses) to monitor their performance.

The ideal dashboard will include the information:

I don’t see why Instagram won’t take Facebook’s approach to reach and boost posts. Currently, Facebook limits a post’s reach based on its newsfeed algorithm. In order to have your post seen by more people, a Facebook page owner has the ability to boost their post so more fans and/or non-fans can view it.

As Instagram gets more populated, I see them setting up this feature. However, it won’t be for the average user. But rather for select brands and accounts with lots of followers. This insured quality posts being boosted and not less spam. 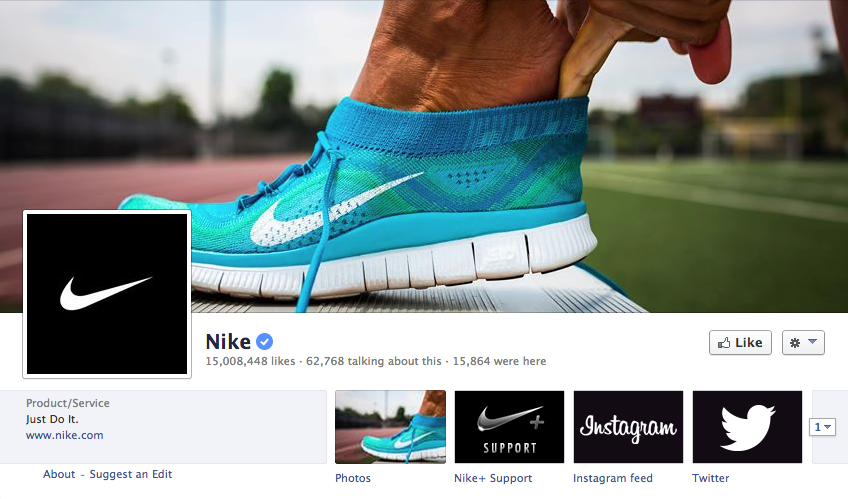 As a way to encourage brands, facilitate the work of business and increase exposure (and ad revenue, of course), having pages on Instagram may be a solution.

Instagram pages could would similar to Facebook pages. A user can create and manage a page from their personal accounts. The features could be the same. Access to multiple users can be granted to manage the page.

Creating the page feature can significantly increase ad spend on the platform, generating an increasingly significant ad revenue for Instagram. 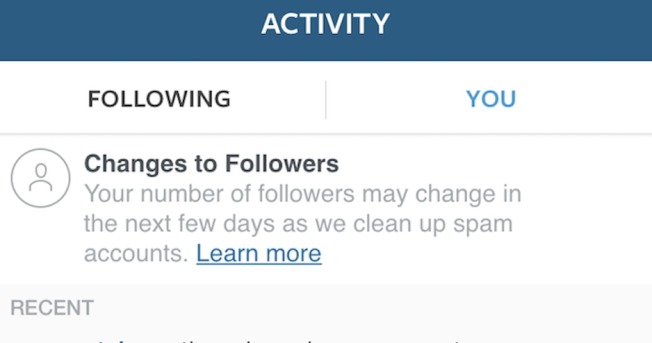 Around December 2014, Instagram went on a purging spree. The social network deleted millions of fake, spam and inactive accounts. This led to many celebrities on Instagram losing millions of followers.

Instagram’s account itself lost about 30% of its followers, around 18.8 million followers, due to the purge. 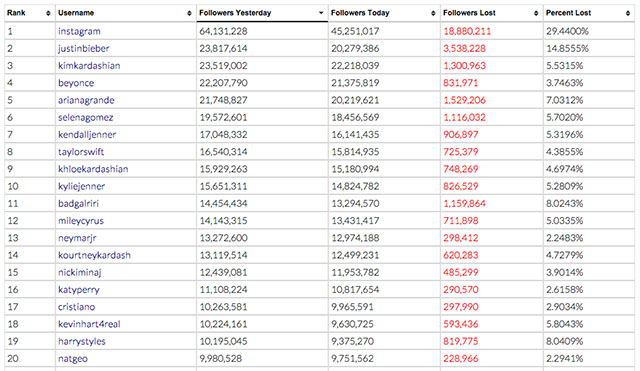 I expect Instagram to go another purging spree, maybe one that isn’t as big as the past one. But it will want to clean up the social network. Especially as the (internet) world watches how the masses respond to gaining the ability to freely advertise on Instagram.

With the quickly growing monthly active users, as well as the opening of the advertising tools, I expect the total ad spend in 2016 to exceed $1.5 billion.

Currently, it stands at around $600 million. But that was mostly when advertising was restricted to selected brands. Now that it has opened to everyone, it’s not impossible to believe that they will at least double their ad revenue.

The more new users sign up, the more people they will follow. That’s a pretty basic assumption. This will lead to more Social Influencers as well as the growth of already influential and popular Instagram users.

Inevitably, this will lead to sponsorship deals taking place outside of Instagram’s control. Sponsorships are quite popular already. Many sites connect brands to social influencers.

With the growth of the social influencers’ audience, and Instagram’s popularity, brands will want to directly reach out to the highly targeted audience.

Deals will become more lucrative and more available. Instagram should consider creating a platform to offer such services. That way it can capitalize on the deals, partnerships and sponsorships.

This is probably one of the most highly demanded feature. It’s pretty basic too. Allow users to add a clickable link in the caption/description section of their posts.

Currently, users wanting to get attention to a link have to send people to the place that contains the only clickable link, which is in the profile section. Users have to give this link every time they want to get attention to something new. On their posts, they write something along the links of “link in the bio”.

However, after sometime, or when the link is replaced, the description/caption is no longer relevant.

It’s a simple solution to an irritating issue. Instagram will get major props for adding this feature. I believe this will be done early to mid 2016.

Instagram had announced that it had reached 400 million users late September of 2015. This is an increase of 100 million in less than a year.

It’s not far-fetched to expect Instagram to reach at least 750 million users this year.

Increased integration into Facebook and Facebook pages, increase in advertising, high engagement rates with ads, more businesses and brands on boarding, more encouragement for follows by those brands.. are all ingredients that lead to a rapid increase in the user base.

So an increase in 87% in a year is quite achievable.

A few of these are more like a direct encouragement for Instagram to add the features. The rest are predictions. But if Instagram continues on the same path, it will grow to outstanding levels.

However, it does need to make some improvements and add certain features to encourage new users to join as well as their 400 million users to become more active.

These are the very same features that will make more brands and businesses use Instagram as another platform to reach their audience: Ability to upload from the web, access to insights, and the ability to switch between accounts. 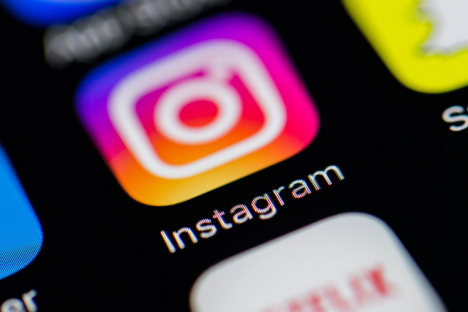 Off-Beat Accounts: How Architecture and Real Estate Found a Niche on Instagram

How To Add and Switch Between Multiple Accounts on Instagram 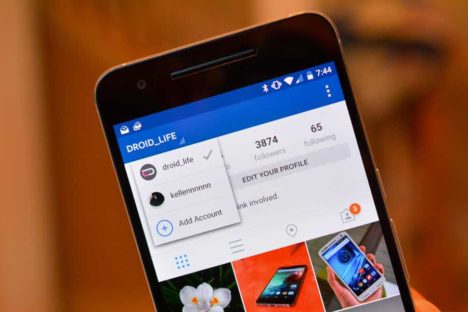 Instagram Finally Allows You to Switch Accounts Without Logging Out